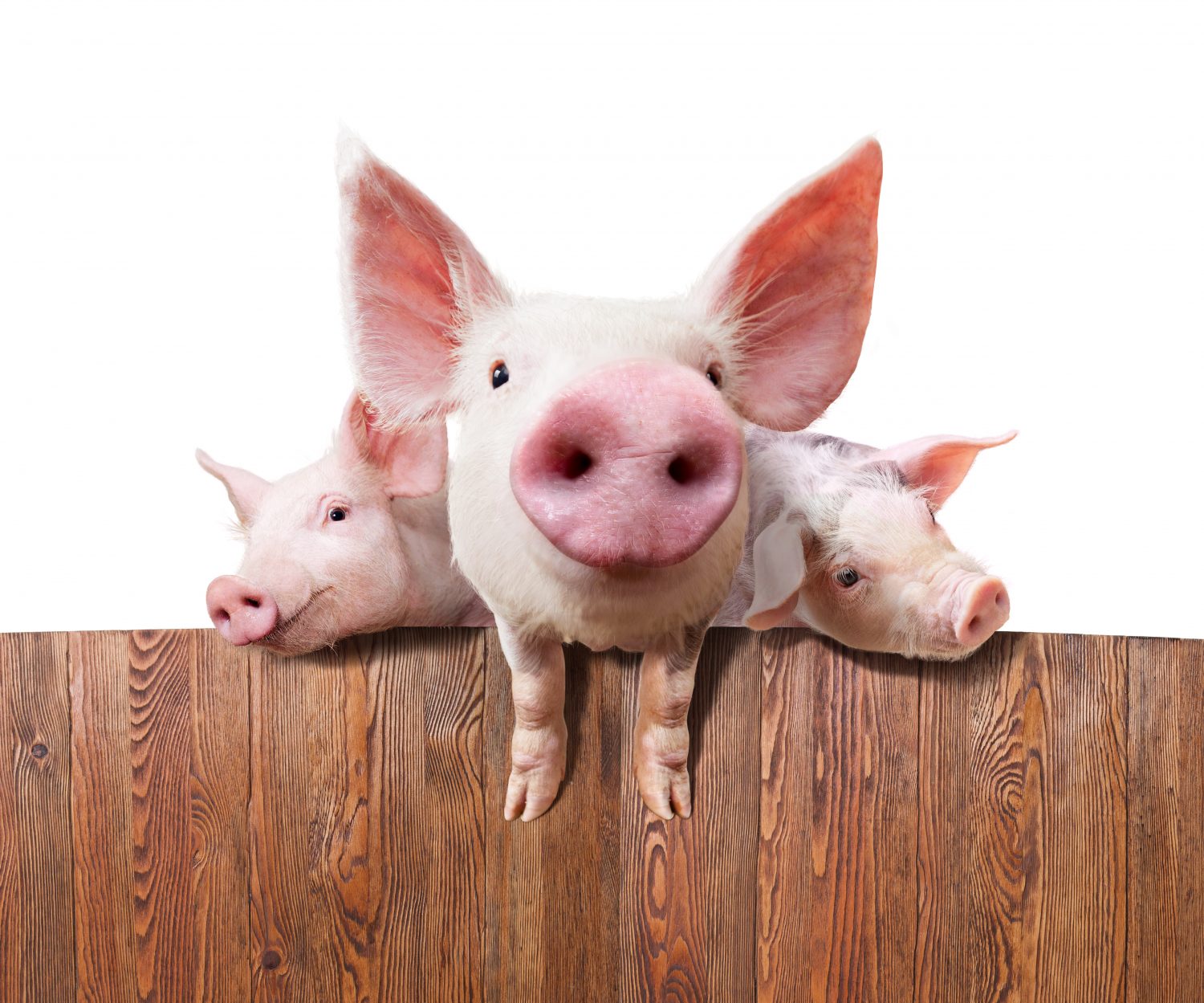 The pork outlook looked bleak in August. Fear of large pork supplies and Mexican and Chinese tariffs on U.S. pork exports appeared disastrous to hog prices. At that time, my forecast was for losses of $40 or more per head in the fall and winter, the worst since 1998. The outlook is still suggesting losses this fall and winter but much less than in August.

In the recent USDA inventory report, pork producers said they were continuing to expand the breeding herd by 3.5 percent above year-previous levels. The breeding herd has been expanding steadily since 2014 when the PED virus caused large baby pig losses resulting in skyrocketing hog prices and profits. The second driver since 2014 has been lower feed costs.

Producers reported the market herd was up three percent and represents the supply of hogs to come to market over the next five months. Farrowing intentions for this fall and winter were up two percent and with increased pigs per litter means that the number of market hogs in the spring and summer of 2019 are expected to be up about three percent.

Pork production will reach record levels in 2018 near 26.5 billion pounds. That record is expected to be broken in 2019 when production may reach 27.3 billion pounds-another three percent increase.

Why did lean hog futures collapse in the summer? We know that futures markets anticipate supply and demand conditions into the future, and sometimes the anticipation of bad news is not as severe as originally thought.

This seems to be the situation this year, especially related to the late-summer anticipation of the negative impacts of Mexican and Chinese tariffs on U.S. pork exports. Pork exports represent 22 percent of production and thus have become very important to the price of hogs. In addition, the tariff situation was a new event with little historic precedent for the market to draw on.

The magnitude of the price drop was huge. December lean hog futures as an example fell from about $60 in June to $44 by early August. The good news is that prices have recovered most of the decline, rising back to $58 by September 28.

So what are export prospects and what do we know so far about the influence of the tariffs?
First, we can relate that USDA analysts expect pork exports to rise by a strong 6.3 percent this year. Official Census trade data through July show that exports had been up 6.5 percent which is encouraging

July was the first month of the full Chinese tariffs on U.S. pork. Our July pork exports to China and Hong Kong were down 17 percent. However exports to Mexico-our largest export customer were only down one percent. More importantly, total pork exports were up nearly nine percent with notable increases to Japan and South Korea, our second and fourth largest export buyers.

Weekly USDA Export Sales Reports extend through the week ending September 20 and have total commitments (already exported plus unshipped sales for this year) up 5.3 percent. On this more extensive data, China (plus Hong Kong) commitments for the year are down 32 percent; Mexico is unchanged; Canada is up 11 percent; and South Korea is up 37 percent. Together this information helps support the idea of stronger exports.

Mexican purchases seem to not be affected much by the tariffs and they are our largest customer purchasing 32% of all pork export volume in 2017. Exports to China and Hong Kong have been negatively impact, but they are much smaller-representing just nine percent of exports in 2017. In addition other buyers have more than compensated for the lost volume to China.

The second factor providing more optimism to lean hog futures has been the concern over potential hog death losses in China from African Swine Fever (ASF). ASF is difficult to control and animals must be destroyed in order to control the disease. Chinaâ€™s pork production is 4.5 times that of the U.S. In addition, they raise 97 percent of their consumption domestically and import only three percent. So, a one percent loss of their production means they will need to increase imports by about one-third.

If ASF does result in increased Chinese imports, the U.S. may not get that business, but rather Canada and the EU will. The advantage for the U.S. is that we will get added exports to some of the destinations that Canada and the EU were shipping to.

Live weight prices for 51-52 percent lean carcasses are expected to average in the low $40s in the final quarter this year. An improvement to the mid-$40s is expected for the first quarter of 2019, and then low $50s in the spring and summer quarters. Price forecasts for the fall of 2019 drop back to the low-to-mid $40s.

Cost of production estimates are $49 to $51 per live hundredweight. My outlook is for losses of $10 to $20 per head this fall and winter and then for profits of $5 to $10 a head next spring and summer, before returning to losses late in 2019.

Needless to say, the pork outlook has improved with considerable uncertainties. Trade issues with Mexico have improved with a bilateral agreement. However it remains unclear if Congress will accept this potential agreement with Mexico without a trilateral agreement with Canada. The trade disagreements with China continue to escalate and it remains unknown if African Swine Fever will result in China increasing pork imports.

What does seem assured is that pork supplies will be at record levels. The recent rate of U.S. pork expansion probably cannot be sustained. The industry will simply reach a point where supplies are too large to sell at profitable prices.

Popularity of ground beef continues to grow, and packers are responding to the increase in demand. Cargill Protein is investing... read more