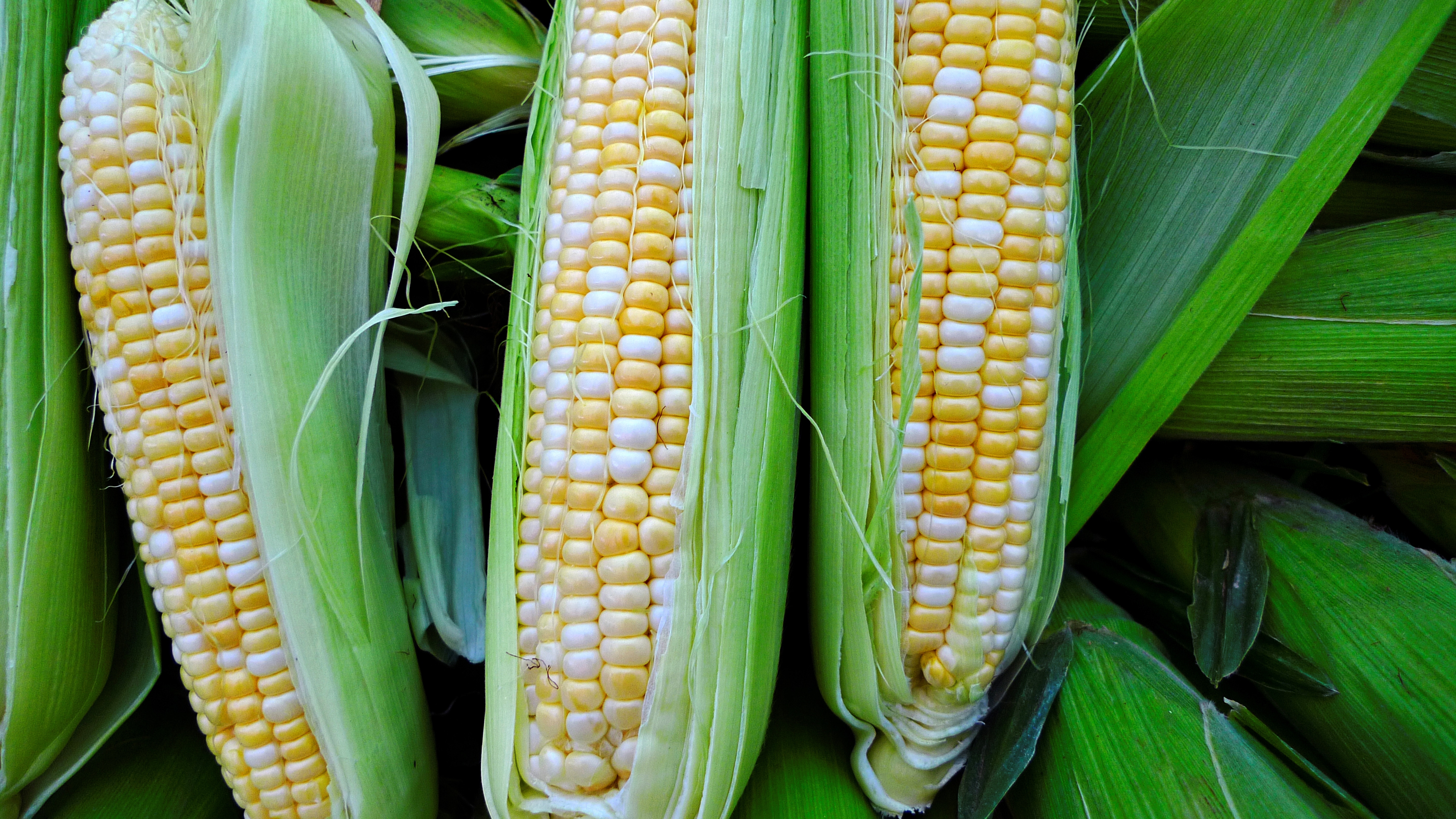 World Agricultural Supply and Demand Estimates as published by USDA

Projected 2018/19 wheat ending stocks are raised 36 million bushels on reduced feed and residual use and lower seed use. Feed and residual use is lowered 30 million bushels on larger than expected second-quarter stocks reported in today’s NASS Grain Stocks report. Seed use is down 6 million bushels reflecting 2019/20 winter wheat planted area released today in the NASS Winter Wheat and Canola Seedings report. Winter wheat planted area is lower than expected on excessive precipitation and cool temperatures during the planting window. Ending stocks are now projected at 1,010 million bushels. The season-average farm price is unchanged based on NASS prices reported to date and price expectations for the remainder of the marketing year.

This month’s 2018/19 U.S. corn outlook is for lower imports, production, food, seed, and industrial use (FSI), feed and residual use, and stocks. Corn production is estimated at 14.420 billion bushels, down 206 million on reduction in yield to 176.4 bushels per acre. Harvested area is down fractionally.

Total corn use is down 165 million bushels to 14.865 billion. FSI use is lowered 40 million bushels, reflecting reductions to corn used for ethanol and other industrial use. For ethanol, the reduction is based on the most recent data from the Grain Crushings and Co-Products Production report and weekly ethanol production data as reported by the Energy Information Administration for the months of December and January. Other FSI use is lowered 15 million bushels with lower projections for high fructose corn syrup and glucose and dextrose. Feed and residual use is lowered 125 million bushels to 5.375 billion based on a smaller crop and indicated disappearance during September-November as reflected by the December 1 stocks. With supply falling more than use, corn stocks are lowered 46 million bushels. The season-average corn price received by producers is unchanged at a midpoint of $3.60 per bushel.

Sorghum production for 2018/19 is estimated slightly higher at 365 million bushels, as an increase in yield to 72.1 bushels per acre more than offsets a decline in harvested area. Grain sorghum prices are forecast at $3.35 per bushel, down 5 cents at the midpoint.

Global coarse grain production for 2018/19 is forecast 1.5 million tons lower to 1,372.1 million. This month’s foreign coarse grain outlook is for increased production and consumption, and marginally lower trade. Foreign corn production is forecast higher with increases for Argentina, China, and Ukraine more than offsetting reductions for South Africa and Mexico. Argentina’s corn production is up based on higher expected area and yield, with abundant rainfall and benign temperatures over the past two months boosting yield prospects. China and Ukraine are higher based on the latest official statistics. South Africa is lowered as heat and dryness during the month of January, particularly in the western producing areas, reduces yield prospects.

Major global trade changes for 2018/19 include increased corn exports for Argentina and Ukraine, partially offset by reductions for South Africa and Mexico. For 2017/18, Argentina’s exports are reduced with a partially offsetting increase for Brazil based on observed shipments to date for the local marketing years that both started in March 2018. Imports are raised for South Africa for the marketing years that both started in May 2018. For 2018/19, imports are raised for Chile but lowered for Venezuela. China’s barley imports are reduced, while barley exports are lowered for Australia. Foreign corn ending stocks are higher, mostly reflecting increases for Argentina and China. Global corn stocks, at 309.8 million, are up 1.0 million.

This month’s outlook for 2018/19 U.S. rice is for larger supplies, higher use, and increased ending stocks. 2018/19 all rice production is 224.2 million cwt, up nearly 6 million cwt from the previous estimate and up 26 percent from last year with long-grain accounting for most of the increase. The all rice average yield is estimated at 7,692 pounds per acre, up 170 pounds from the prior estimate and the second highest on record. Long-grain production is raised to 164.0 million cwt and medium- and short-grain production is raised to 60.3 million. All rice domestic and residual usage is increased by 2.0 million cwt to 135.0 million on higher-thanexpected usage for August-November as implied by the NASS Rice Stocks report. Projected U.S. all rice exports are increased by 1.0 million cwt to 100.0 million, with the increase for longgrain on reduced competition expected from Brazil with a smaller crop. Projected 2018/19 all rice ending stocks are increased 2.9 million cwt to 47.1, up 60 percent from last year. The projected 2018/19 all rice season-average farm price range is unchanged at $11.60 to $12.60 per cwt.

Global 2018/19 rice supplies are increased by 5.1 million tons to 657.9 million, mostly on higher production for China. Based on National Bureau of Statistics data, China’s 2018/19 rice production is raised nearly 5 million tons to 148.5 million and is virtually unchanged from last year. World 2018/19 consumption is increased 0.7 million tons to 490.3 million on higher expected use in China, Nepal, and the Philippines more than offsetting reduced use in Brazil and Nigeria. Global 2018/19 trade is lowered marginally to 47.7 million tons as reduced exports by Cambodia, Thailand, and Burma are not completely offset by higher Chinese exports. Because of greater supplies and competitive export prices, China’s exports are raised to the highest level since 2002/03. Nevertheless, China remains the largest global rice importer at 4.5 million tons. World ending stocks are projected to increase to a record-large 167.6 million tons, led by China, which accounts for 69 percent of global stocks.

U.S. oilseed production for 2018/19 is estimated at 134.0 million tons, down 1.5 million from the previous report. Smaller soybean, canola, peanut, and cottonseed crops are partly offset by an increase for sunflowerseed. Soybean production is estimated at 4,544 million bushels, down 56 million. Harvested area is estimated at 88.1 million acres, down fractionally from the previous report. Yield is estimated at 51.6 bushels per acre, down 0.5 bushels, led by reductions for North Dakota, South Dakota, and Nebraska. The soybean crush forecast is raised 10 million bushels to 2,090 million. Soybean meal production is unchanged as the higher crush is offset by a lower extraction rate. Lower supplies and increased crush are partly offset with a 25-million-bushel reduction in exports. Ending stocks are projected at 910 million bushels, down 45 million from the previous forecast. The 2018/19 U.S. season-average farm price forecast for soybeans is projected at $8.10 to $9.10 per bushel, unchanged at the midpoint. The soybean meal price is forecast at $295 to $335 per short ton, up $5.00 at the midpoint. The soybean oil price forecast of 28.5 to 31.5 cents per pound is unchanged at the midpoint.

Global 2018/19 soybean marketing-year ending stocks are lowered 8.6 million tons this month to 106.7 million, which is an 8.6-million-ton increase over the 2017/18 estimate. In addition to croprelated changes, this month’s lower global ending stocks forecast reflects historical balance sheet revisions for Argentina (back to 2009/10) and Brazil (back to 1999/00). The revisions were motivated by supply and demand conditions indicating that beginning stock levels for the 2017/18 local year should be higher in Brazil and lower in Argentina than previously estimated. Additionally, these revisions are more in line with historical stocks revisions made in late 2018 by Argentina’s Ministry of Agriculture and Brazil’s Association of Vegetable Oil Industries (ABIOVE).

With Argentina’s 2018 crop falling 30 percent below initial projections due to the drought, soybean stocks are assumed to be lower than prior estimates. The post-drought stocks-to-use ratio had been projected at 38 percent for the 2017/18 local year (April 2018-March 2019). The USDA’s estimates are guided by Argentina’s official crush, trade, and production data. Projected stocks are reduced with upward revisions to residuals, which take into account supplies needed for reported use, statistical errors, and possible unreported demand during the past decade.

While stocks are reduced for Argentina, Brazil’s stocks are revised higher starting in 1999/00. Record exports during October 2018-January 2019, the end of Brazil’s 2017/18 local year (February 2018-January 2019), motivated the revisions. Record late-season exports made it apparent that, in addition to a record crop, beginning stocks were higher than previously estimated. Brazil’s ending stocks were revised over several years to increase supplies in order to meet reported use through 2017/18. For more information, read the USDA Foreign Agricultural Service’s Oilseeds: World Markets and Trade and the Economic Research Service’s Oil Crops Outlook February reports.

Livestock, poultry and egg prices for 2018 are adjusted to reflect December price data. Fedcattle prices for the first quarter of 2019 are raised on current prices. Hog prices are unchanged from December. For 2019, first-half broiler, turkey, and egg price forecasts are raised on prices to date.

Milk production for 2018 is lowered on available data through December. The milk production forecast for 2019 is reduced on lower expected first-half dairy cow numbers and continued slow growth in milk per cow. The 2018 and 2019 fat basis import forecasts are reduced from December on recent trade data and lower expected cheese and butterfat imports. The fat basis exports are unchanged for 2018 but the forecast is raised for 2019 primarily on strong expected demand for butter and butterfat products. On a skim-solids basis, the 2018 imports are raised on current trade data while the 2019 import forecast is unchanged. Skim-solids basis exports for 2018 are lowered, but the 2019 export forecast is raised from December on anticipated strong demand for nonfat dry milk (NDM).

This month’s 2018/19 U.S. cotton forecasts include slightly lower production, mill use, and ending stocks. Production is reduced 200,000 bales due to small declines outside the Southeast. Ending stocks and mill use are reduced 100,000 bales each, while exports are unchanged. The forecast for the marketing-year average price received by producers is reduced 2 cents per pound, to a midpoint of 72 cents.

The world 2018/19 cotton supply and demand estimates include lower production and mill use but higher trade and stocks. Production is reduced nearly 300,000 bales, as smaller crops in Turkey, India, Burkina Faso and the United States offset increases in China, Brazil, Pakistan, and Australia. World trade is increased 600,000 bales as higher imports by China, Turkey, and Pakistan more than offset declines in Vietnam and Bangladesh. Exports rose for Brazil, Benin, and India, but fell for Turkey and Burkina Faso. Lower 2017/18 India mill use is largely responsible for a 600,000-bale increase in world 2018/19 beginning stocks. Projected 2018/19 consumption in India is reduced 500,000 bales since December, and is reduced 1 million bales for China. Global use is reduced 2 million bales, with smaller declines in Vietnam, Turkey, and the United States. World 2018/19 ending stocks are now 2.3 million bales above their previous estimate, with a 2.0-million-bale increase for China. 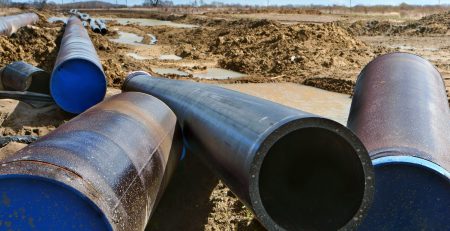