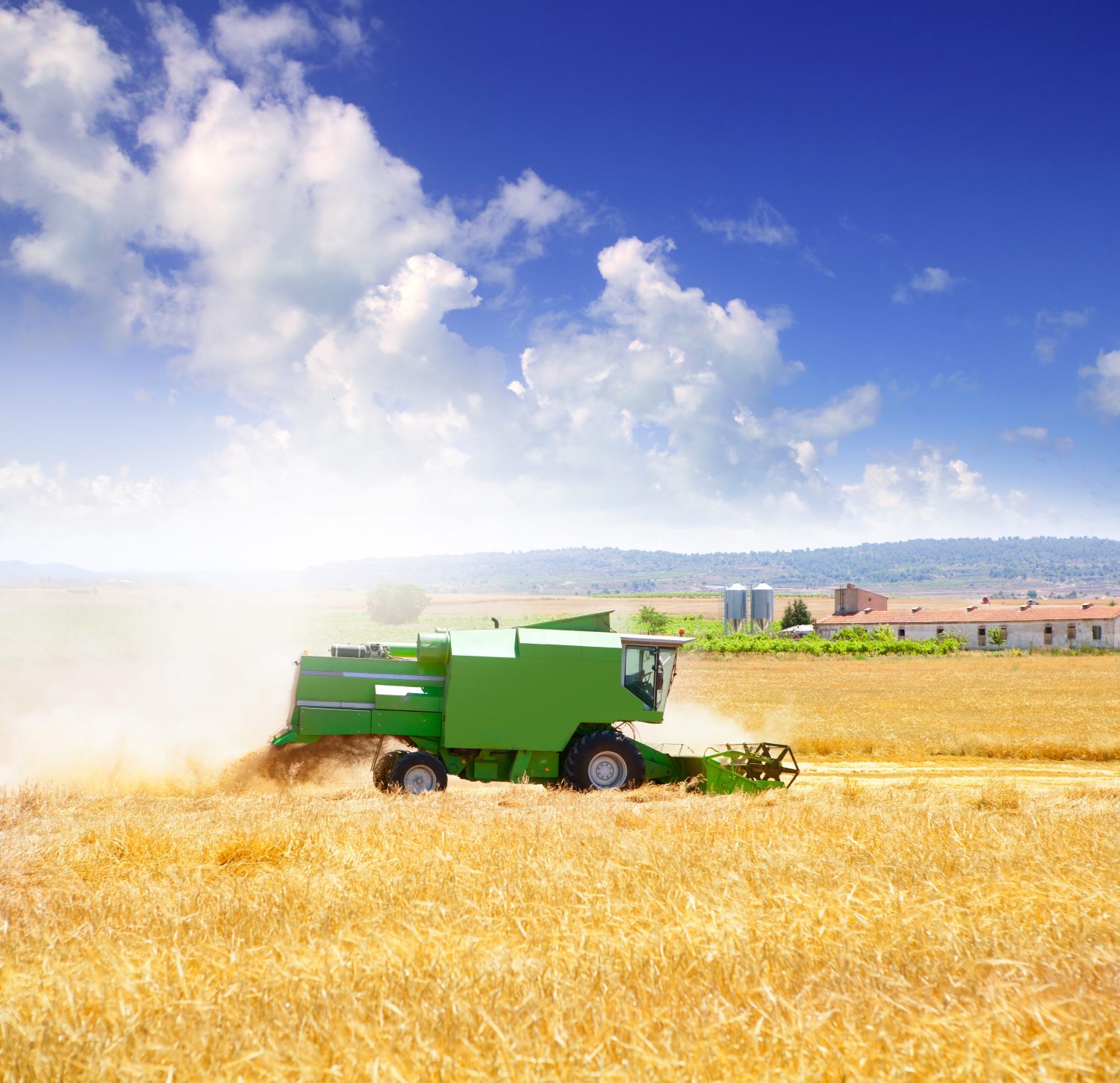 The U.S. 2018/19 wheat supply and demand estimates are unchanged from last month. There are offsetting by-class changes for both exports and imports. The season-average farm price range is unchanged at the midpoint of $5.10 per bushel and the range is narrowed $0.20 per bushel to $4.70 to $5.50.

This month’s 2018/19 U.S. corn outlook is for larger production, increased domestic use, greater exports, and higher ending stocks. Corn production is forecast at 14.827 billion bushels, up 241 million from last month on an increased yield forecast. If realized, the crop would be the second highest on record. Among the major producing states, yields are forecast to be record high in Illinois, Iowa, Nebraska, Indiana, Ohio, and South Dakota. Corn supplies are higher from last month, as a larger crop more than offsets a small decline in beginning stocks due to higher estimated exports for 2017/18. Feed and residual use for 2018/19 is raised 50 million bushels with a larger crop and lower expected prices. Corn used for ethanol is raised 25 million bushels. With supply rising more than use, corn ending stocks are up 90 million bushels from last month. The season-average corn price received by producers is projected 10 cents lower with a midpoint of $3.50 per bushel.

Global coarse grain production for 2018/19 is forecast up 5.1 million tons to 1,347.2 million. The 2018/19 foreign coarse grain outlook is for lower production, greater consumption, increased trade, and reduced stocks relative to last month. Foreign corn production is forecast higher than last month with projected increases for the EU, Angola, Paraguay, Turkey, and Serbia more than offsetting declines for Canada, South Africa, and Guatemala. EU corn production is raised, mostly reflecting increases for Romania, Hungary, Bulgaria, and France. In both Bulgaria and Romania, yields are expected to be record high. World barley production is lowered, with reductions for the EU, Australia, and Ukraine more than offsetting increases for Kazakhstan and Russia.

Corn exports for 2018/19 are raised for Ukraine, Serbia, and Paraguay, but lowered for Canada and South Africa. Imports are raised for the EU, Japan, Brazil, and Guatemala, with partly offsetting declines for Algeria and Saudi Arabia. For 2017/18, exports are lowered for both Brazil and Argentina, reflecting slower-than-expected trade to date. Foreign corn ending stocks for 2018/19 are down from last month, with declines for Argentina, South Africa, Ukraine, Canada, and Serbia more than offsetting increases for Angola, Paraguay, the EU, Brazil, Turkey, and India. Global corn stocks, at 157.0 million tons, are up 1.5 million from last month.

U.S. 2018/19 all rice supplies are raised 3.3 million cwt this month to 275.9 million as higher production more than offsets lower beginning stocks. The August 24 NASS Rice Stocks report indicated lower 2017/18 ending stocks than previously forecast thereby reducing 2018/19 beginning stocks by 5.4 million cwt. In the September Crop Production report, NASS increased the 2018/19 U.S. crop by 8.6 million cwt to 219.5 million on increased harvested acreage and yields. NASS incorporated FSA certified acreage data this month. The average all rice yield increased 40 pounds to 7,563 pounds per acre with forecast yields higher in California, Louisiana, and Texas. Long-grain production is raised by 5.8 million cwt and combined medium- and short-grain is increased by 2.8 million. Total projected domestic and residual usage is increased by 2.0 million cwt to 133.0 million on larger supplies. The all rice export forecast is unchanged at 98.0 million as a 1-million-cwt increase in long-grain on more competitive prices is offset by an equivalent reduction in medium- and short-grain on lower expected exports to Turkey. All rice ending stocks are increased 1.3 million cwt to 44.9 million and are 53 percent higher than 2017/18. The projected 2018/19 all-rice season-average farm price is lowered $0.20 per cwt at the midpoint to a range of $11.20 to $12.20 with reductions in all rice class prices.

The 2018/19 global oilseed outlook includes higher production, reduced trade, and increased stocks compared to last month. Higher production of soybeans and cottonseed more than offsets lower forecasts for peanuts, rapeseed, and sunflowerseed. Soybean production is increased 2.2 million tons, with larger crops for the United States and China that are partly offset by lower projections for Canada, India, and Uruguay.

Global soybean exports for 2018/19 are reduced 1.1 million tons to 156.9 million, with lower shipments for Canada and Uruguay. China’s 2018/19 soybean imports are reduced 1 million tons to 94 million as slower growth in protein meal demand and lower crush in 2017/18 continues into the next marketing year. Partly offsetting this change are higher imports for Egypt and Iran. Other notable oilseed trade changes include lower palm oil imports for India in 2017/18, with export reductions for Malaysia and Indonesia. Global 2018/19 soybean ending stocks are projected 2.3 million tons higher, with increased stocks for the United States and Argentina that are partly offset by reduced stocks for Brazil.

The 2018/19 U.S. cotton estimates include larger production, exports, and ending stocks relative to last month. Production is raised 447,000 bales, with increases in the Southwest, Delta, and Southeast. Beginning stocks are revised 100,000 bales lower based on indicated stocks as of July 31, 2018, while domestic mill use is reduced slightly in 2017/18 based on recent activity. The 2018/19 export forecast is raised 200,000 bales. Ending stocks are now projected higher at 4.7 million bales, or 25 percent of total use. The forecast range for the marketing-year average farm price is unchanged at 70 to 80 cents per pound.

Larger 2018/19 world cotton production mostly offsets lower beginning stocks, and world ending stocks are only slightly higher this month. Beginning stocks are reduced for India and the United States due to revisions in 2017/18 estimates. Production is raised for China, Brazil, and the United States but is lowered for Australia. Global consumption is increased 300,000 bales due to higher expected use in India, and trade is unchanged. World ending stocks are projected about 400,000 bales higher this month, at 77.5 million bales, equivalent to 61 percent of world consumption. If realized, this stocks/use ratio would be its lowest in 8 years, but higher than in virtually every other year before 2010/11.

When USDA released the Crop Progress Report for the week ending May 26, on Tuesday, May 28, there was... read more

Due to the recent lapse in federal funding, the U.S. Department of Agriculture’s Foreign Agricultural Service (FAS) has not... read more 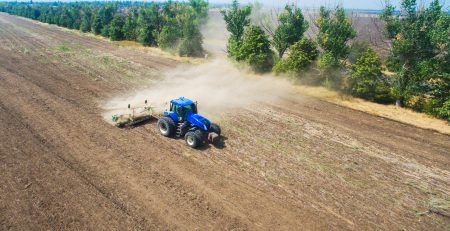